The dessulphurizations/ dephosphorization tests have been done, by adding different mixtures of materials / wastes, rich in calcium compounds or calcium containing alloys.

The typology of the desulphurization and dephosphorization process corresponding to the objective of this project is the reaction of sulfur (S) and phosphorus (P) elements with components of the following type:

In the first situation (addition of calcium or its alloys) reactions such as:

Since the Ca pressure is limited to the system pressure, ie atmospheric pressure, and temperature, both non-dominating and non-changeable factors, this implies that the degree of desulphurization and dephosphoration to be obtained will depend only on the contents of S and P present in steel and the activity of the compounds.

This last aspect is of prime importance and can be controlled to the benefit of the sought reactions. Effectively, the chemical composition of slag and oxide inclusions can and should provide greater or lesser activity of these compounds. In this context, it is known that the activity of calcium sulphide and phosphide in liquid oxides at 1600 ° C is low with their calcium content.

Thus, the desired desulphurization and dephosphorization mechanism is based on the reaction of the S and P elements with calcium and the desirably rapid absorption of reaction products into strongly calcium but necessarily liquid inclusions. According to the equilibrium diagrams shown above, compositions with approximately 60 to 70 mol% CaO correspond to liquid at 1600 ° C. This corresponds to compositions of approximately 50 to 60% by weight of CaO.

However, these reactions compete with the oxidation of calcium itself through the reaction

Which leads to the following parallel balances:

For unit compound activities at 1600 ° C, the S / O equilibrium presents a

while the P / O balance shows

This leads to the conclusion that the higher the CaO activity in slag / inclusions, the greater the tendency to desulfurize / dephosphorize. However, this activity is conditioned to values ​​between 0.2 and 0.5, which are the result of the need for slag and inclusions to be net. On the other hand, a determining factor is oxygen activity. Therefore, when adding insufflating agents, it will be essential that the steel is properly deoxidized. At Ferespe, the deoxidation is done with the addition of aluminum, suitable practice for the type of steels and products it manufactures. Therefore, the addition of desulphurants / dephosphorants should only be done after the addition of aluminum.

Aluminum deoxidation is performed by the following chemical reaction:

which is favored by increased aluminum activity in the bath, but also by decreased alumina activity in the reaction product (slag and inclusions). From a deoxidation perspective only, it is therefore desirable to form alumina compounds with other oxides, such as calcium. This promotes the lowering of alumina activity, promoting deoxidation. From the perspective of desulphurization and dephosphoration, the decrease in alumina activity is conditional on obtaining liquid products and in which CaO activity is high. It is for this reason that balancing these two opposing aspects, which must be properly optimized, can achieve good desulphurization and dephosphorization efficiency.

On the other hand, it is known that several mechanical properties, namely resilience and resistance to fatigue, are strongly favored if oxide inclusions have non-angular morphology. In this regard, the modification of alumina inclusions by calcium aluminates (or aluminosilicates) when they are liquid at 1600 ° C is very favorable. Indeed, these inclusions, even larger than those of alumina, are rounded, which is beneficial for mechanical properties. On the other hand, where the sulfur content is higher, the inclusions formed are not manganese sulfide, but a solution of this compound with calcium sulfide, which has a nuclear tendency around the oxide inclusions. This has two advantages: on the one hand, manganese sulphide inclusions are eliminated (undesirable because they induce greater crack propagation ease in the process of fracture by shock or fatigue); On the other hand, a protective layer is created around the oxide inclusions, which makes the appearance and propagation of possible cracks difficult in a rupture process. All this combined leads to improved mechanical properties, particularly fatigue strength and cryogenic resilience.

The obtained inclusion by means of liquid steel treatment are of the types presented in the following figures, obtained by scanning electron microscopy.

A few dozen tests were performed, leading to high desulphurization and dephosphoration rates, around 0,008 % for sulphur and 0,003 % for phosphor. The main output of the process if the clear modification of the inclusions, enhancing better mechanical properties, especially cryogenic resilience (Charpy test), increasing from around 5 Joules to more than 30 Joules. 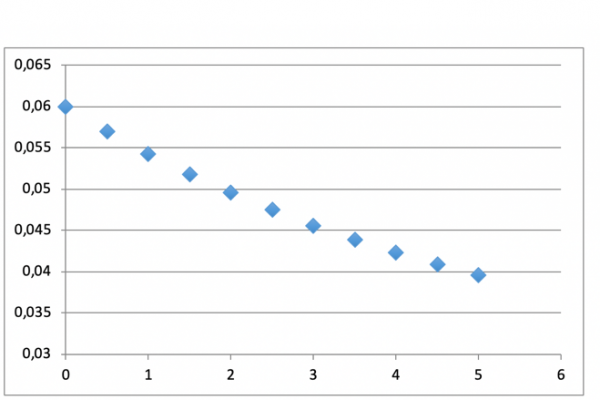